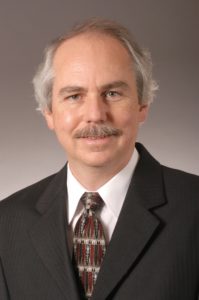 Chris Meissner, president and CEO, Meissner Filtration Products was installed as 2018 chair of the Economic Development Collaborative-Ventura County’s board of directors at the organization’s 21st Annual Meeting. He is joined on the executive board by Oxnard Mayor Pro Tem Carmen Ramirez as vice chair and Peter Zierhut of Haas Automation, Inc., who is continuing as secretary/treasurer.

“As an executive leading a well-established local company, Chris brings first-hand experience and in-depth knowledge concerning the challenges and opportunities existing in our local business economy. He has served on our board for 20 years and has worked tirelessly to provide opportunities for business growth and workforce development,” said Bruce Stenslie, EDC-VC’s president and CEO. “We’re excited that Carmen and Peter will share their talent, leadership and experience with our executive board as we continue to develop partnerships, programs and services to support Ventura County’s quality of life.”

A Southern California native, Meissner founded Meissner Filtration Products, Inc. in 1989. Located in Camarillo, the company develops, manufactures, supplies and services advanced microfiltration products and single-use systems worldwide, and has been a leader in the discovery, development and supply of enabling technologies essential to the drug manufacturing process.

An expert in his field, Meissner has received numerous awards, most recently, the Camarillo Chamber of Commerce’s Man of the Year for 2018. Other honors include Camarillo Waste Watch’s “Most Innovative Reuse/Recycling Program,” Start magazine’s 1997 and 2000 “Most Admired Manufacturers” and CSU Channel Islands Business and Technology Partnership selected Meissner as the 2015 recipient of the Community and Business Leader of the Year Award. A long-time resident of Camarillo, Meissner has been a member of the EDC-VC board since 1998, a member of St. John’s Seminary board since 2010 and a member of CSU Channel Islands Foundation board since 2015. He attended Santa Clara University in Northern California and graduated with a bachelor’s degree in mechanical engineering.

Ramírez was first elected to the Oxnard City Council in November 2010. She is currently serving her second term in office after being re-elected in November 2014. She was named Mayor Pro Tem in December 2012 and December 2016. Ramírez is a public interest lawyer who has served the Oxnard community since her graduation from the Loyola University School of Law in Los Angeles. Currently, she is a private practice attorney in the City of Oxnard focusing on consumer matters, Social Security disability cases and immigration. She serves on numerous committees for the City, including the VCAPCD, and Ventura County LAFCO, Southern California Association of Governments, and was appointed to the Commission on State Mandates by Governor Brown in 2012 and again in 2017.

An EDC-VC board member since 2012, Zierhut is a senior-level manager at Haas Automation, Inc., one of the world’s leading manufacturers of industrial machine tools, where his role is vice president of outside operations. Responsibilities include government and community relations as well as the Haas Technical Education Center (HTEC) network, comprising more than 2,000 educational institutions around the world that use Haas products for educational purposes. Zierhut’s career at Haas spans more than 34 years, with experience including management positions in manufacturing, sales, marketing and IT.

Zierhut volunteers at several organizations including member of the board of directors of the Gene Haas Foundation, the Workforce Development Board of Ventura County, the Museum of Ventura County and Workshops for Warriors, a nonprofit veteran-training facility in San Diego. Past volunteer positions include board chair of the Workforce Development Board of Ventura County and committee member of both the sales and service and government relations committees of the Association for Manufacturing Technology in McLean, Virginia.

EDC-VC is a private, nonprofit organization that serves as a business-to-government liaison to assist businesses in Ventura County by offering programs that enhance the economic vitality of the region. For more information about the Small Business Development Center and loan, manufacturing outreach and international trade programs, contact Bruce Stenslie at 805-384-1800 ext. 24, or bruce.stenslie@edcollaborative.com. Or visit www.edcollaborative.com.

A private nonprofit, the EDC was founded in 1996 with funding from the County of Ventura, the 10 cities in the county and key private-sector companies to provide a pathway to business growth, economic prosperity and high quality of life for all. The EDC creates confident, connected, and directed business owners, civic leaders, and community partners by providing tools to build pathways for economic development.